A ROCK IN GOD’S HAND 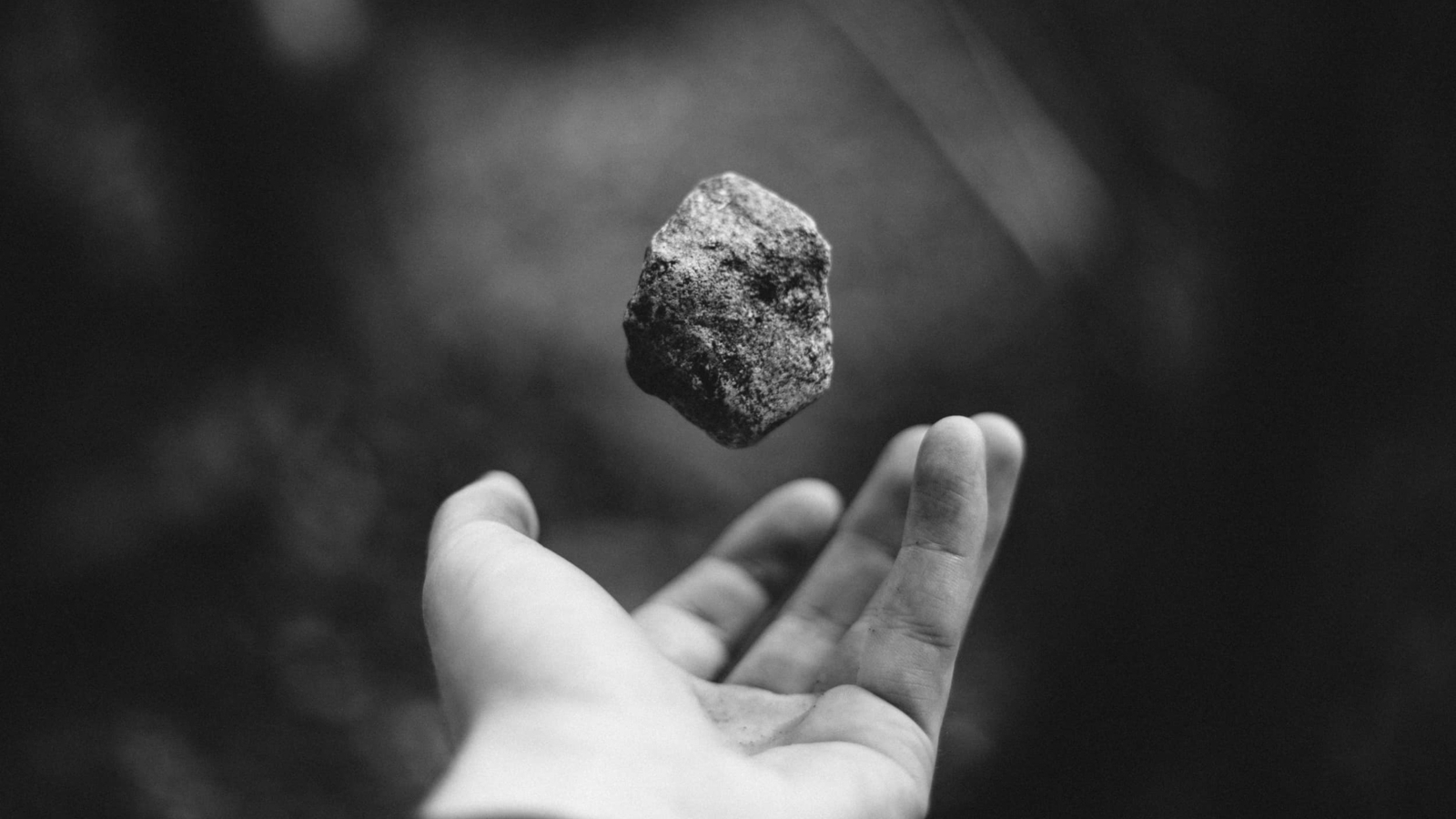 “Then he took his staff in his hand, chose five smooth stones from the stream, put them in the pouch of his shepherd’s bag and, with his sling in his hand, approached the Philistine.”

This young man was just like many other modern youth of today. He had no cares or fears and loved extreme sports. Of course, this young man’s real skill cannot be compared in any way with ours. He had measured his strength by taking on and overcoming a bear. He chased after and killed a lion that had tried to take one of his sheep. The next adventure brought him face to face with a heavily armed giant, nine-feet tall. Some questioned whether he had what it took to go up against this giant. His answer was, “Yes” because no one else in the king´s army dared to. He decided to choose his own weapons. He took a walk alongside the river and looked at the stones that were there. Many men from the army came to see what he was doing, but he wasn’t intimidated and took his time. He picked up a stone, from the riverbed and examined it carefully. He took several more, feeling them to see how soft they were. Some were in good shape while others were very rough. When he found the right one, he thought, “Soon they will know you, this ordinary stone. You will conquer the most feared giant of this nation. God has prepared you throughout the years, though it was no easy task; but the force of the water rubbing many other stones against you, over and over again, has shaped you. You thought you were just a stone stuck in the bottom of this stream and didn’t matter to anyone. You never realized that God was preparing you for such a time as this. Take a good look at yourself! See, there are no rough edges left on you. From today on, you will be part of my ‘team’. Don’t get too excited yet though, because I still have to find four other stones just like you.”

When he found five of the best ‘weapons’, i.e. these simple stones, he went before the king, who asked him, “Where is your armor of war.” The young man raised his small bag where he had stowed his new friends away and said, “Here they are.” The king thought, “It’s so hard to understand the youth of today. Go young man, and may God help you!” When David faced the giant he told him straight to his face what was going to take place in the next few minutes. He let the giant know, step by step, how he would undergo his greatest defeat and how that would, in turn, affect both their entire nations. Each of the words he decreed came to pass.

SOMETHING TO THINK ABOUT
Jesus is like David in this story. He sees right through our failures and maybe you have thought to yourself, “I do not understand why every time I get up, I fall and hurt myself again.” Jesus comes into our lives to give strength and hope today. He opens your eyes to see that through the circumstances you have been through, He has been shaping your character; he has been smoothing every sharp edge in your life. He is still working in you because He has chosen you to defeat the giant that has tried to oppress many lives with fear.

TODAY’S DECLARATION
“He sought me, found me, trained me and called me. He makes me more than a conqueror.”

A ROCK IN GOD’S HAND