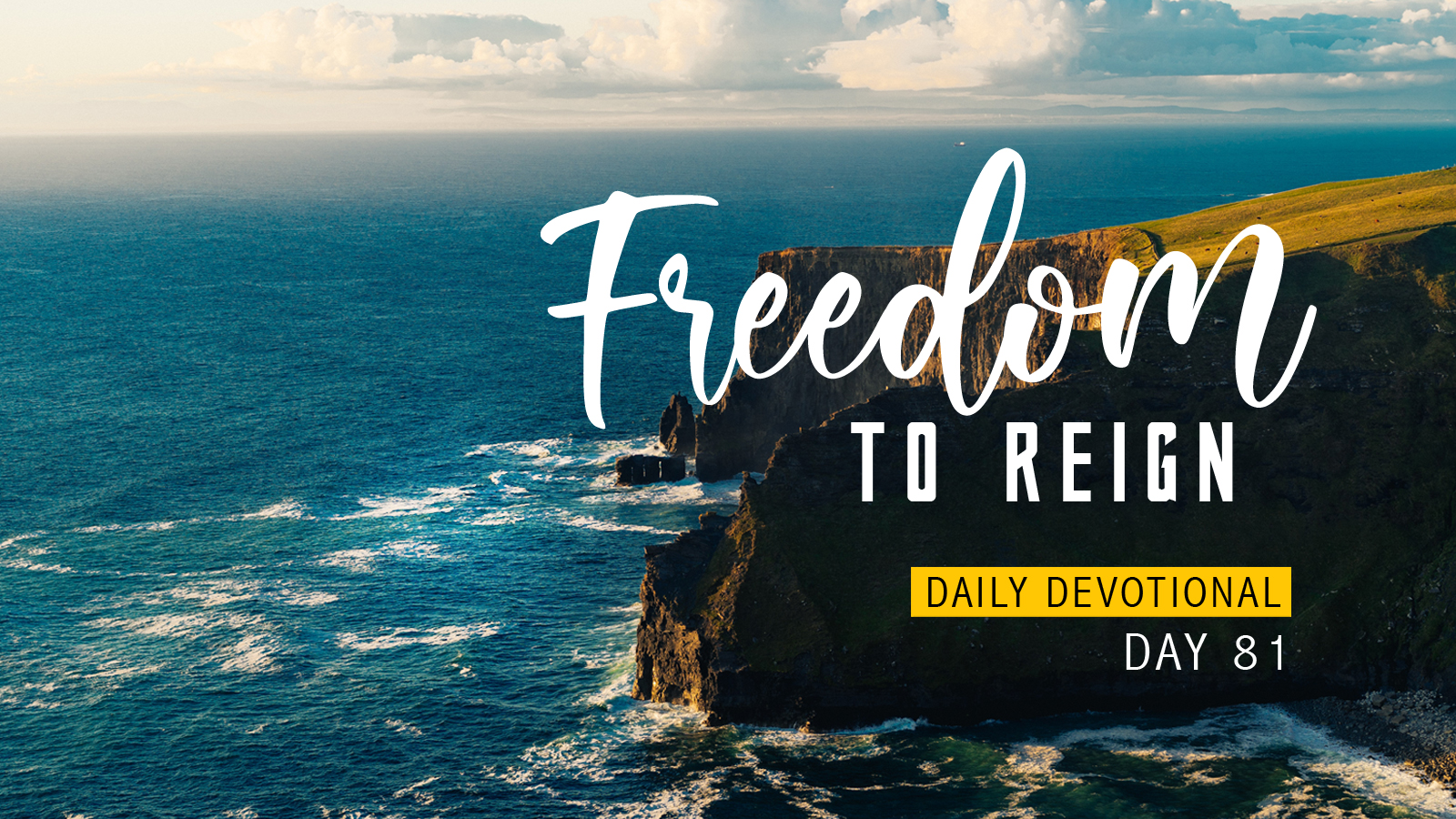 “They all got into a boat and began to cross over to the other side of the lake. And Jesus, exhausted, fell asleep. Suddenly a violent storm developed, with waves so high the boat was about to be swamped. Yet Jesus continued to sleep soundly. The disciples woke him up, saying, ‘Save us, Lord! We’re going to die!’ But Jesus reprimanded them. ‘Why are you gripped with fear? Where is your faith?’ Then he stood up and rebuked the storm and said, ‘Be still!’ And instantly it became perfectly calm.”

It seems quite reasonable for these men (disciples) to be alarmed at the, “violent storm with waves so high”, that they thought they were going to be capsized. They were gripped with fear, so much so, that they were screaming at Jesus to save them because in their minds they were going to die. Now imagine yourself in that very story. What would you have done? How many times have we experienced or gone through battles, challenges, bad reports, etc.? I’m certain those times have been much more than we’d like to have had.

In those difficult moments or seasons, how often did we experience His perfect peace?
Perfect peace doesn’t mean ignoring the situation, disregarding or even living in denial. Perfect peace comes when our mind and thoughts stay on Him because we trust in Him. Now, these disciples had Jesus inside of their boat! Yet, they were still in fear and their actions demonstrated just that. What do our actions and words demonstrate during times of trials and adversity? You and I have the same Jesus, the very same power to rebuke the storm! How incredible is that?!

When they awoke Jesus, the Scripture states that He reprimanded them, “Why are you gripped with fear? Where is your faith?” Let’s take a moment and ask ourselves these very same questions. Perhaps you are going through a challenging situation right now. With so much chaos and uncertainty in the world around us, there is one thing you can always be certain of. That is Jesus. Jesus will never let you down. He will never let you go. He upholds you with His hand. The disciples had their eyes set on the storm. Their actions and words were in full FEAR. We must have our eyes, set on Him. Our actions, our thoughts and our words must be in full FAITH. There is so much power in what we say and declare. Look at Jesus. He had to open His mouth to speak to that storm, “Be still!” And with that, the storm ceased. What storm do you need ceased in your life?

SOMETHING TO THINK ABOUT
I can vividly remember when we found out that my husband had a tumor in one of his lungs. I remember going to every doctor’s appointment, all the medical tests, biopsies and the major surgery to remove half of his lung. I recall the uncertainty of the doctors saying even after they removed it that he would likely need chemotherapy and that life would not look the same for us.

At the time, we were a one income household. My husband was the bread winner and I was a stay-at-home mom. My husband was self-employed and wasn’t able to work like he used to. He was completely out of work for several months after the surgery. Our faith was definitely tested in so many areas and it seemed all at once, just like those high waves wanting to capsize our boat! Still, during all of that time, we continued to do life and ministry without fail. My husband and I settled it within our hearts that nothing was going to shake or deter us from the healing promises of God. His Word was our foundation. We decided that no matter what we were told by the doctors, that our mouths would only declare Gods Word. We drew so near to Him in that season (and we did it together for support) that His love would consume us and overwhelm us!

We had no doubt that God was in control! We would worship and praise God at the footbed of our bedroom. We had never experienced such peace because we knew that Jesus had already done the work on the Cross! Earlier that year, before we had this news, we had come into agreement and believed God for a bigger home. With everything going on, we had not focused on that goal and had almost forgotten about it. But God didn’t. He is so good! We never lacked in any area during this season, even with no income coming in! God healed and 100% delivered my husband and no further treatments were needed! One month after His surgery, God opened the door for our new home! All glory to the King of Kings and Lord of our home! (Annette Sagarnaga, Word of Life Arizona)

TODAY’S DECLARATION
“Father, I declare that my confidence is in you. I will only speak words of life over my life and over my circumstances. My hope, my joy and my eyes are kept on You. You are the Lord of my life and of my home!”